I am taking a break from my regularly scheduled posts to show you pictures of my grandchildren in their Halloween costumes.  I know it is a little late but , as they say, better late than never.

Emy Jade was Minnie Mouse (or, as she says, Mixy) on Halloween.  Look at those shoes!

A couple of days before Halloween she wore this to school. 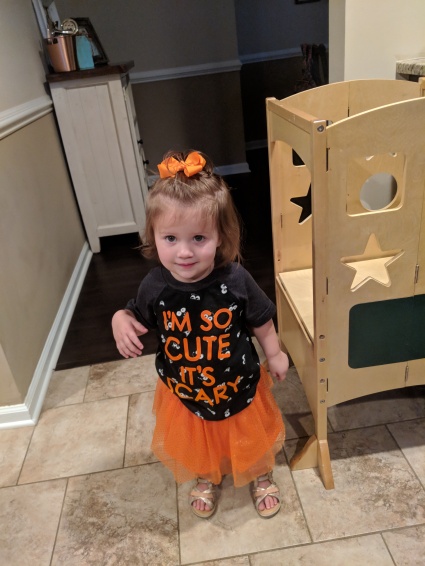 Madelyn was Wonder Woman (she always wants to be a super hero) and Nolan was Clark Kent. I thought that was pretty clever! 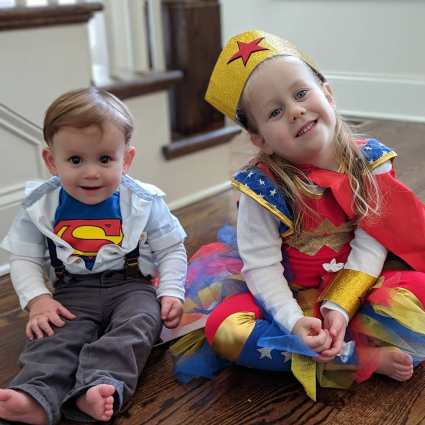 Then you can add Waffles to the mix.  She went as Batgirl! 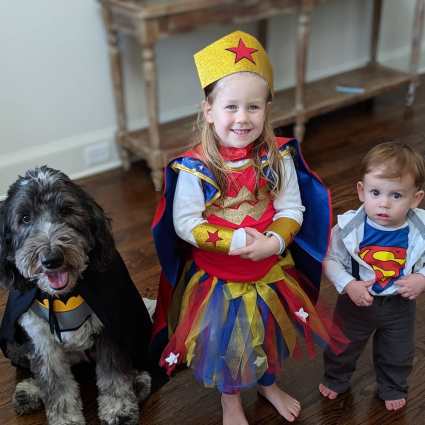 Here is Sam and Tara’s traditional “shove a kid in a pumpkin” photo. 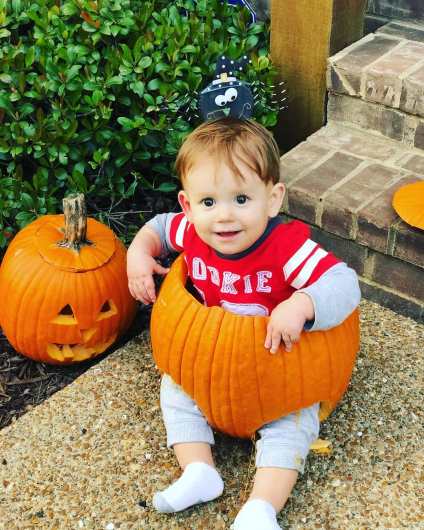 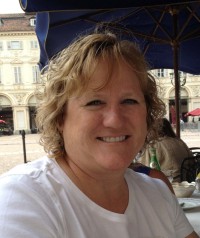 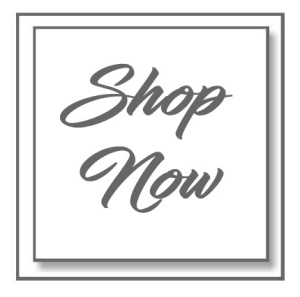 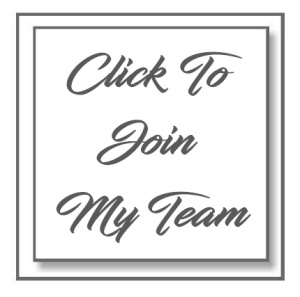 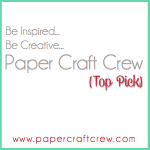 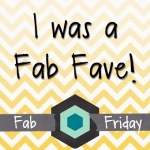